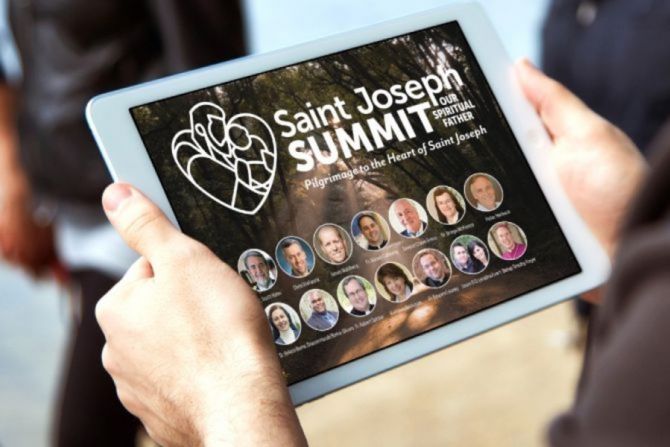 A California-based ministry, with the support of the Diocese of Orange, is hosting a virtual four-day summit on St. Joseph beginning Sept. 30. The event will include more than 40 presenters teaching the spiritual importance of Jesus’ foster father.

The diocese just released an online video trailer previewing the summit. “Saint Joseph can have a powerful influence in your life and wants to be your spiritual father,” the trailer says. “He wants to give you that protection. But we need to learn how to call upon him in prayer; learn how to foster a better devotion to him.”

“The Saint Joseph Summit will give you the keys to bring Saint Joseph into your life, the life of your family, and the church,” the trailer says. “This September 30, you’re invited to pilgrimage to the heart of St. Joseph.” The virtual summit which will take place from Sept. 30 to Oct. 3 is being run by Spirit Filled Hearts Ministry, an organization within the diocese dedicated to evangelization.

Summit founder, Deacon Steve Greco, called St. Joseph “the greatest male saint in the Catholic Church,” in a Sept. 22 press release.  On Dec. 8, 2020, Pope Francis declared the start of the “Year of Saint Joseph” and issued his apostolic letter on St. Joseph, Patris corde (“With a father’s heart”). The year will conclude on Dec. 8, 2021.

The St. Joseph summit is free to “attend” online, but those who purchase a “passport” upgrade will be granted lifetime access to the summit presentations, as well as a copy of the Consecration to Saint Joseph in audio book or e-book format.

“Saint Joseph is the man of the hour,” Greco said. “This is his year and we know that this summit is a point of grace for people everywhere who are seeking in these most challenging times.” Other “special guest” summit speakers include: Jason and Crystalina Evert from the Chastity Project, Leah Darrow from Lux Catholic, Supreme Knight of the Knights of Columbus Patrick Kelly, filmmaker and brother of actor Mark Wahlberg, James Wahlberg.