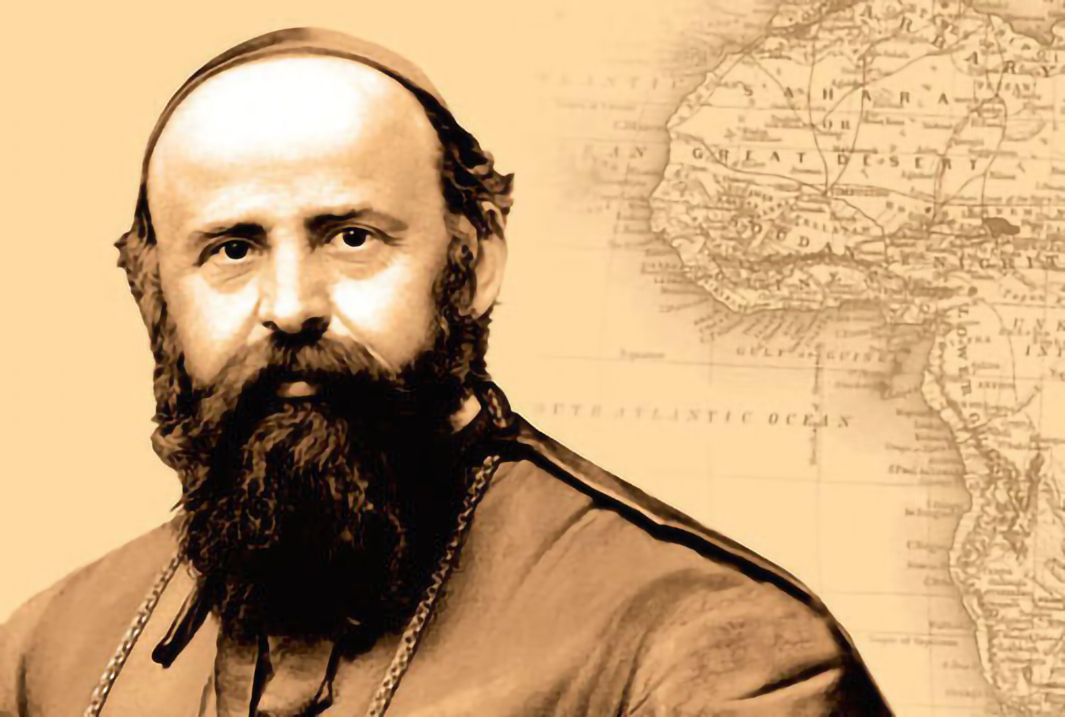 Daniele Comboni an Italian Roman Catholic bishop who served in the missions in Africa, was the founder of both the Comboni Missionaries of the Heart of Jesus and the Comboni Missionary Sisters. Comboni studied under Nicola Mazza in Verona where he became a multi-linguist and in 1849 vowed to join the missions in the African continent although this did not occur until 1857 when he travelled to Sudan. He continued to travel back and forth from his assignment to his native land in order to found his congregations and attend to other matters, and returned in 1870 for the First Vatican Council in Rome until its premature closing due to conflict.

Daniel Comboni was born on the 15th March 1831 at Limone sul Garda (Brescia – Italy) into a family of cultivators, Luigi and Domenica. Being the fourth of eight children but the only survivor, his parents were very attached to him cause all the others died young, six of them in their infancy. So they formed a very close unit, rich in faith and human values, but poor in material things. It is this poverty that forces Daniel to go away to school in Verona, in the Institute founded by Father Nicola Mazza. During the years spent in Verona, Daniel discovers his calling to priesthood where he completed his studies in Philosophy and Theology. He was entranced by the mission of Central Africa, drawn by the descriptions of the missionaries who return from there to the Mazza Institute. Comboni was ordained in 1854, and three years later left for Africa, along with five other missionaries of the Mazza Institute and with the blessing of his mother Domenica, who finally told him: “Go, Daniel, and may the Lord bless you”.

Into the heart of Africa – with Africa in his heart

After a journey of four months, the missionary expedition reached Khartoum the capital city of Sudan. The impact of this first face-to-face encounter with Africa is tremendous. Daniel was immediately made aware of multiple difficulties that are part of his new mission. But unbearable climate, sickness, death of several of his young fellow-missionaries, poverty and dereliction of the population, only served to drive him forward, never dreaming of giving up what he had taken on with such great enthusiasm. From the mission of Holy Cross he wrote to his parents:

The We have to labour hard to sweat, to die; but the thought that one sweats and dies for love of Jesus Christ and the salvation of the most abandoned souls in the world, is far too sweet for us to desist from this great enterprise.

After witnessing at the death of one of his missionary companions, Comboni, far from being discouraged, feels an interior confirmation of his decision to carry on the mission: “O Nigrizia o morte!” – Africa, or death.

When he returned to Italy, it was still Africa and it’s people that drove Comboni to work out a fresh missionary strategy. In 1864, while praying at the Tomb of St Peter in Rome, Daniel was struck by a brilliant inspiration that led to the drawing of his famous Plan for the Rebirth of Africa, a missionary project that can be summed up in an expression which is itself the indication of his boundless trust in the human and religious capacities of the African peoples: “Save Africa through Africa”. 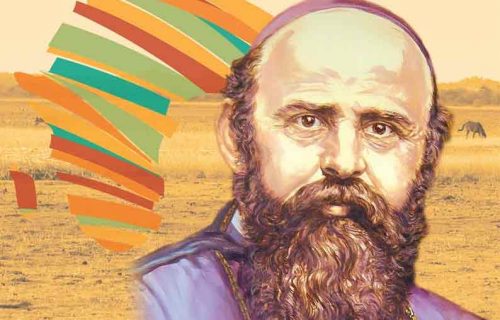 In spite of all the problems and misunderstandings he had to face, Daniel Comboni strived to drive home his intuition: that all European society and the Church are called to become much more concerned with the mission of Central Africa. He undertook a tireless round of missionary animation all over Europe, begging for spiritual and material aid for the African missions from Kings and Queens. Bishops and nobles, as well as from the poor, simple people. As a tool for missionary animation he launched a missionary magazine, the first in Italy.

His unshakeable faith in the Lord and trust for Africa lead him to start two missionary Institutes of men and of women: widely known as the Comboni Missionaries and Comboni Missionary Sisters (Verona Fathers and Sisters), in 1867 and 1872 respectively.

He took part in the first Vatican Council as the theologian of the Bishop of Verona, and got 70 Bishops to sign a petition for the evangelisation of Central Africa (Postulatum pro Nigris Africæ Centralis).

On 2nd, July 1877, Comboni was named Vicar Apostolic of Central Africa, and ordained Bishop a month later: it was confirmation that his ideas and his activities considered by some to be foolhardy, if not crazy are recognised as truly effective means for the proclamation of the God News and the liberation of the African continent.

In 1877 and 1878 he and all his missionaries were tormented in body and spirit by the tragedy of a drought followed by starvation without precedent. The local populations was halved, and the missionary personnel and their activities reduced almost to nothing.

THE CROSS AS FRIEND AND SPOUSE

In 1880, with unflagging determination, Bishop Comboni travels to Africa for the eighth and last time to stand alongside his missionaries also with intent also to contine the struggle against the pernicious Slave Trade and on consolidating the missionary activity carried out by Africans themselves. Just one year later, overwhelmed by his labours, many deaths among his collaborators, a wave of calumnies and accusations that were a bitter burden, the great missionary fell sick himself. On 10th October 1881, only 50 years old, he died in Khartoum, among his people. But he was aware that his missionary work will not end with him: “I am dying”, he said, “but my work will not die”.

He was right. His work did not die. Indeed, like all great projects “which are born at the foot of the Cross”, it continues to live through the giving of their lives by many women and men who have chosen to follow Comboni along the path of his arduous yet exhilarating mission among peoples who are the poorest as regards the Gospel, and the most abandoned as regards human solidarity.

The prophetic gift of Daniel Comboni can be understood from different but complementary perspectives:
Witness by his word and works he showed the loving mercy of the God who, in Christ, saves all people.
Precursor Comboni was not just one of the pioneers of the mission to Central Africa of his time, his global vision of mission is relevant even today

In his body and spirit he was mystically nailed, like the Lord, to the cross; he fell into the soil of Africa like a grain of wheat. His martyrdom makes him a master of missionary spirituality. His cause for canonization came to fruition with his beatification in Saint Peter’s Basilica on 17 March 1996 and his canonization not long after on 5 October 2003.

The beatification of Daniel Comboni was, in fact, initially scheduled for 22 November 2020 but was postponed due to the Covid pandemic till November 2022 when it took place in Kalongo. Read More