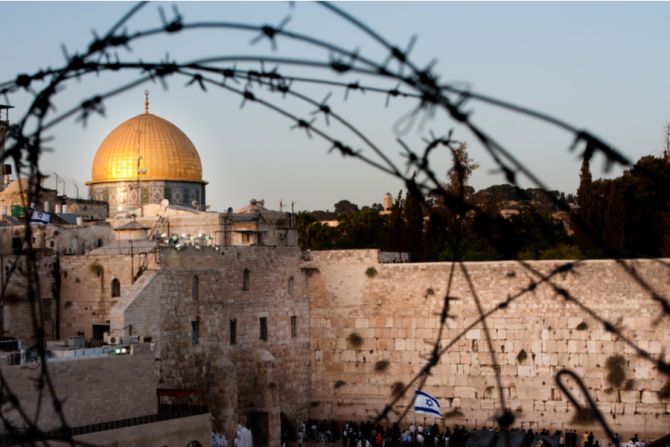 Christian leaders in Jerusalem are seeking an “urgent dialogue” with local authorities to discuss further protections for Christians in the Holy Land.

“Throughout the Holy Land, Christians have become the target of frequent and sustained attacks by fringe radical groups,” reads a Dec. 13 statement signed by 13 patriarchs and heads of churches in Jerusalem.

The leaders suggested the creation of a special Christian cultural and heritage zone within the Christian Quarter, similar to one already established for the Jewish Quarter in the city.

Such a zone would “safeguard the integrity of the Christian Quarter in Old City Jerusalem and … ensure that its unique character and heritage are preserved for the sake of well-being of the local community, our national life, and the wider world,” the leaders said.

While the leaders praised the Israeli government’s declared commitment to protect Christians in the Holy Land, they said government officials in Israel, Palestine, and Jordan need to do more “to preserve the Christian community as an integral part of the tapestry of the local community.”

“It is … a matter of grave concern when this national commitment [to protect Christians in the Holy Land] is betrayed by the failure of local politicians, officials and law enforcement agencies to curb the activities of radical groups who regularly intimidate local Christians, assault priests and clergy, and desecrate Holy Sites and church properties,” they said.

“The local Christian community, while small and decreasing in number, provides a disproportionate amount of educational, health and humanitarian services in communities throughout Israel, Palestine, and Jordan,” the leaders said.

Government officials in the Holy Land must work to “ensure that no citizen or institution has to live under threat of violence or intimidation,” they said.